Where learning is an art! 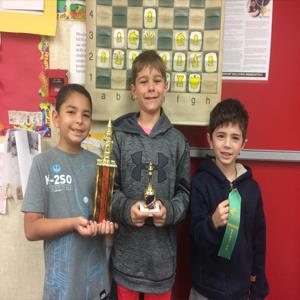 Congratulations to the DeGrazia Chess Team for their excelling performance at the Southern Arizona Chess Association League Match #4 held at The Gregory School on February 3, 2018.