Tortolita Middle School Student in the running to win $100,000 in awards and prizes

Congratulations to Adam Velazco, Tortolita Middle School student, who was named to a list of the Top 300 competitors in the  8th annual Broadcom MASTERS® — the nation's premier Science, Technology, Engineering and Math (STEM) competition for middle school students. Adam entered this prestigious competition as a 6th grade Ironwood Elementary student.

The Broadcom MASTERS, a program founded and produced by the Society for Science & the Public, seeks to inspire young scientists, engineers and innovators to solve the grand challenges of the 21stCentury.

The Top 300 Broadcom Masters represent schools from 35 states. They were selected from a pool of 2,537 applicants. The competitors were evaluated by a panel of scientists, engineers and educators and judged on creativity and originality of their science fair project, their ability to engage in analysis of data and understanding of STEM principles as they relate to the real world. 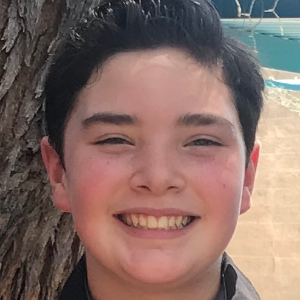 Thirty of the 300 Broadcom MASTERS will be selected as finalists by a nationally ranked panel of scientists, engineers and educators on September 18, after which they will travel to Washington, DC to compete in a four-day STEM competition for more than $100,000 in awards and prizes.