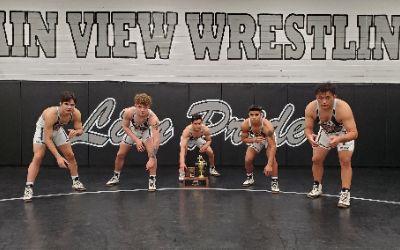 The Mountain View High School Mountain Lions wrestling team competed at the AIA Division II State Wrestling Tournament at Poston Butte High School on March 19, and the team brought home the AIA State Runners-Up trophy. This is the fifth state trophy the team has taken home in the past eight years. The team was undefeated during the regular season with a 13-0 record.

The team also announced a new school record of five State Champions! This is a feat that only a few high schools have accomplished across the state. Congratulations to MVHS State Champions (pictured left to right): 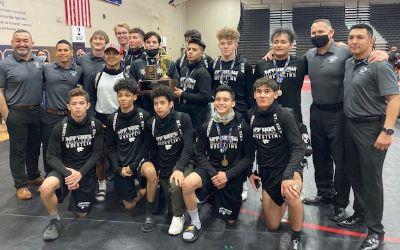 “To say that this season was a challenge would be an understatement,” said Coach Paul Ponce. “In my 27 years of coaching, this was by far the most challenging. We are so proud of our team and how they continued to overcome adversity throughout the season. They have learned many life skills this year that will help them be successful down the road.”