Blazing a trail of excellence for tomorrow’s leaders. 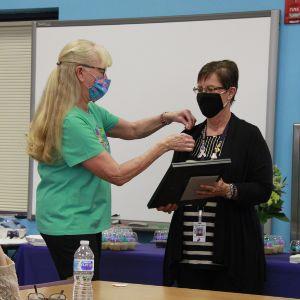 Marana Unified School District is celebrating Miss Deb Larned, an exceptional teacher who has served the District, our families and countless students for 40 years!

Currently, Miss Larned is a second grade teacher at Coyote Trail Elementary School. She was recently named Tucson Local Media’s Best of the Northwest Teacher of the Year.

This school year is the final year Miss Larned is teaching and she is shifting into her well-deserved retirement. Thank you for your tireless service to education!